This research group is a forum for investigations into questions of transnational television, its production cultures, distribution logics, technological developments, and modes and patterns of consumptions. Transnational Television is considered in relation to broader developments of globalization, localization and digitalization. Technological and structural media developments, de-territorialization and conglomeratization are key driving forces for trans-border flows that affect not only access to media products and shape patterns of consumption, but also ways of producing and making sense of television.
The research group considers a range of transnational shifts, identifying a diverse set of debates to create different approaches and ways of thinking about national identity, race and ethnicity, gender identity and sexual politics, nationality and nationalism, forms of transnational storytelling, transnational media activism, television content adaption across territories, transnational, global or diasporic audiences and users, media genres and platforms, global and transnational flows and counter-flows of media content and talent or the transnational and global logics of the creative industries.

Based on our empirical study, we have developed a model for studying travelling TV drama series and the particular value creations at all stages of TV drama productions, from idea to production, distribution and reception. More information: http://danishtvdrama.au.dk/ 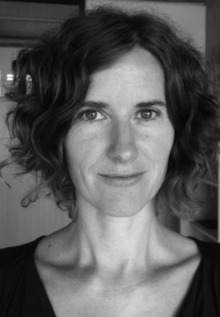