Martin Brynskov, associate professor of information studies, is working hard to expand the international smart city research network, and has just signed a collaboration agreement with Seoul in South Korea.

The formal agreement has been made by Brynskov on behalf of AU Smart Cities with the Seoul Digital Foundation, which is the innovation and development unit of the South Korean capital.

“The Seoul Digital Foundation is a central point of focus for the digital transformation of Seoul, a metropolis with about 25 million inhabitants. The agreement will give us insight into the way things are done in a city which is one of the world leaders in terms of mobile communication and the internet,” says Brynskov.

The collaboration agreement will strengthen AU’s smart city research by increasing the level of exchange between Aarhus and Asian cities in terms of both research and innovation. The South Korean infrastructure is very strong (with regard to broad band and mobile cover, for instance), and the country is home to some of the global suppliers in this field. So in many ways South Korea provides a vision of the future. But Danish research also has important perspectives to contribute:

“Danish and European research focuses a good deal on general social developments, including job creation and digital transformation – not only of companies, but also of the public sector. And this kind of focus on human beings rather than technology is one of the things that AU Smart Cities can contribute in Asia,” explains Brynskov.

Partnerships which add a research dimension to the wide-ranging digital, global transformations of the 21st century are a vital aspect of developments in the field of smart cities:

“The broad scope of our network is a resource which gives Aarhus University access to multiple layers of global data for use in our smart city research,” concludes Brynskov.

AU Smart Cities will be taking part in the upcoming Smart City Expo World Congress on 15-17 November 2016, at which new countries in the smart city network will be presented. Live tweets from the event can be viewed at @oascities. You can also keep an eye on what’s going on at @OrganiCity_eu, @SmartCityexpo and #SCEWC16 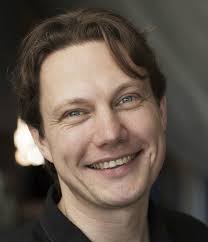 School of Communication and Culture